Wine and Food Pairing at JanFest 2010

Last weekend we were invited to a wine and food pairing. Different courses were assigned to teams of 2 or 3 people and a suggestion was made on the type of wine that would best go with the course. The dishes served were all excellent. We were assigned dessert and we prepared it with one of our friends who was on our team.
Here are the courses that were served. 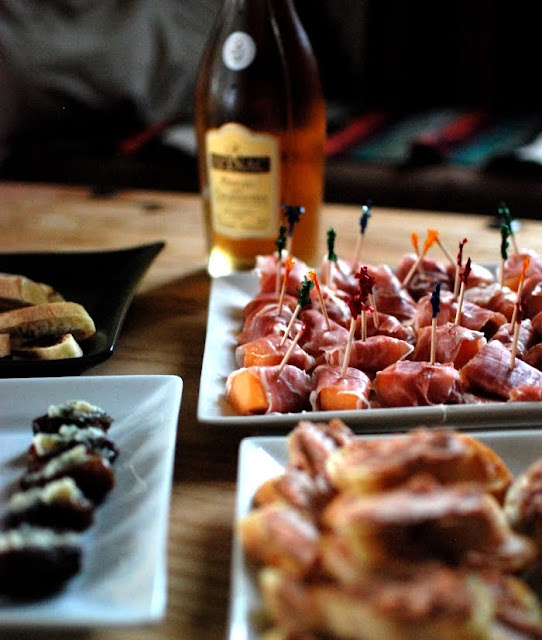 Roquefort stuffed dates, prosciutto wrapped melon, pâté served on French baguette. It was accompanied by a glass of Reynac Pineau des Charentes (France) which is a fortified wine (mistelle or vin de liqueur), made from a blend of lightly-fermented grape must and Cognac eau-de-vie 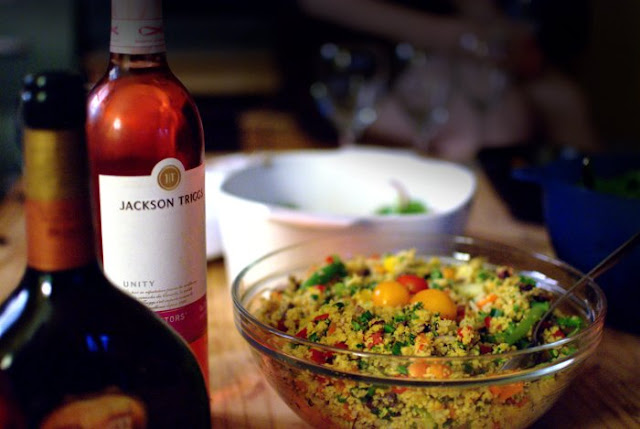 3 choices of salads:
couscous with peppers, tomatoes, parsley, olives to name just a few of the ingredients 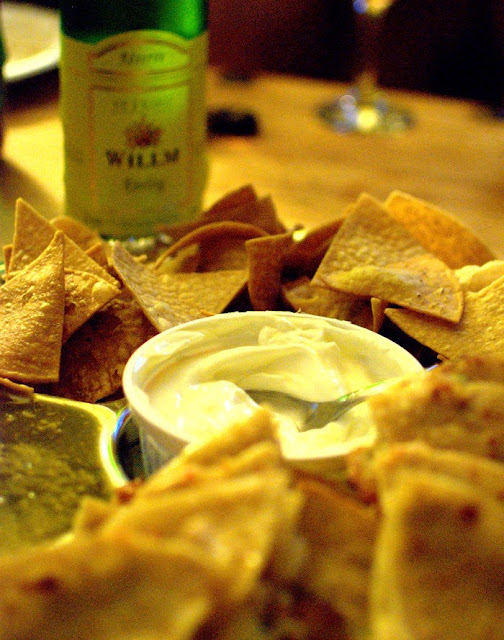 Homemade tortilla chips and chicken quesadillas served with a salsa verde and guacamole. It was accompanied by a Riesling Réserve Willm Alsace 2009 (France). 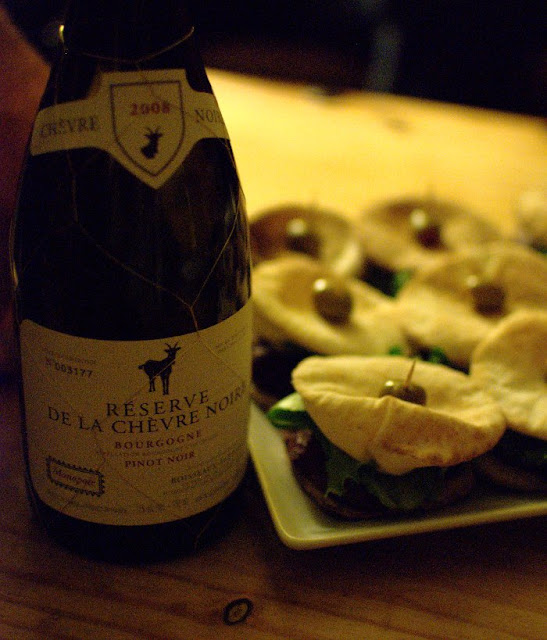 Lamb mini burgers with fresh herbs and goat cheese and beef mini burgers with cheddar and prosciutto on mini pitas. A Bourgogne Pinot noir Réserve Chèvre noire Boisseaux-Estivan 2008 (France), the only red wine served throughout the evening, went perfectly with this meal. 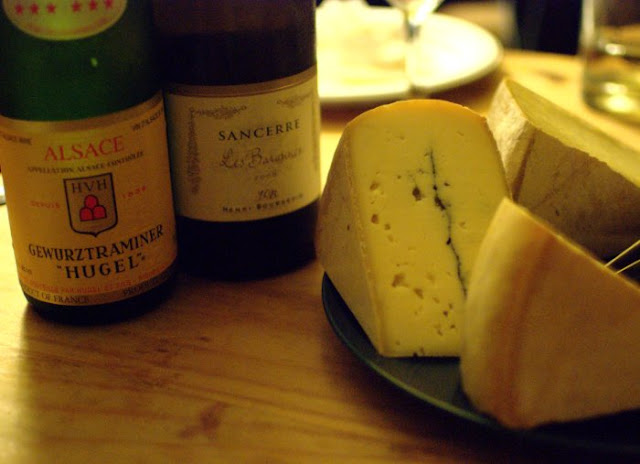 A cheese platter served with nut bread and French baguette. The 4 cheeses served were Le Douanier which features a horizontal stripe in the middle known as the "morbier." Originally, this mark was left by ashes from the fireplace that served to protect the cheese before the curd was added from the next batch. Today, the stripe is made from vegetable ash and included for decorative purposes. The other cheeses included raclette cheese, a vacherin and a goat brie. These were paired with 2 white wines: 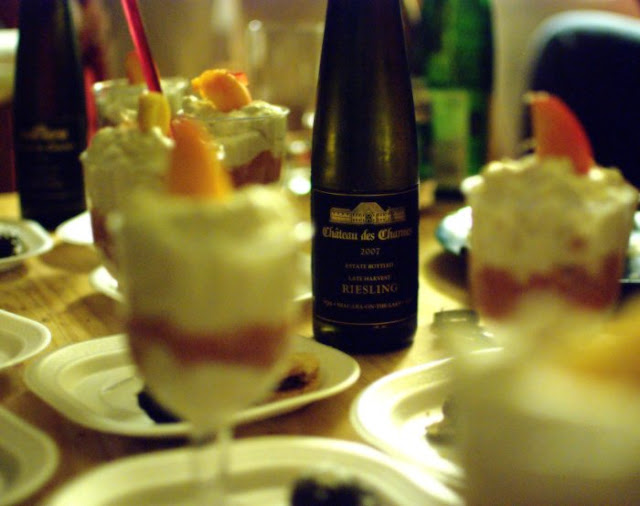 Peach fool with chocolate truffle and dulce de leche cookie. The fool is composed of 2 layers of whipped cream mixed with meringue chips and a layer of peach jam in the middle. Dulce de leche is the most common name for milk caramel in Spanish. The dessert wine was a Château des Charmes Late Harvest Riesling Niagara-on-the-Lake 2007 (Canada).

The truffle recipe can be found at the following link: